Why Philosophy? In other words what is the use of Philosophy, especially nowadays: in a hyper technical world, characterised by a fast, often brief and strongly superficial communication and even more by a quite rare inclination to introspection and meditation, and a tough reluctance to activities without a direct either social, career-wise or financial return.

Well I must admit that the response is not an easy one. I would start by saying that in the first place the enquiry itself is not well formulated and it already contains and shows at the same time the limits of a widely diffused current way of thinking: not all the activities a person performs must necessarily have a direct usefulness, in terms of present return or even of future spendability.

If you consider it, you will realise that Philosophy itself is the repudiation of this principle, since it means love for study, research and intellectual speculation. This love for knowledge is pure and uninterested and its only aim is knowledge.

This approach has lead – and still leads – the philosopher to ask himself questions which not necessarily, and rather seldom, have answers. Regardless the difficulties or impossibility of proposing answers philosophers have been asking themselves on behalf of the whole human kind the most capital whys and hows. Why do we live? Why we feel necessary to believe in something supernatural? What are the laws of the universe? How is the world born? What is the sense of life? Is there something after death? Should we believe in an overall supernatural justice? Is everything already written somewhere or we have the power of changing the course of our life? What is the conduct we should maintain in our life?

I know it is overwhelming: for over three thousand years the early scientists, thinkers, religious at the beginning and the true sole philosophers afterwards have been trying to contemplate responses to these questions. Some, but not all, of their explanations and solutions might seem naïve, especially when you go to the dawn of these studies, in the Greek Ionian City-states located on the West coast of what we call now Turkey.

Of course within these three millennia the progress in scientific studies and their technical applications have been enormous, but what is remarkably important is to note the strong need for these people, along all these centuries and still now, to ask themselves and try to give answers, a constant research which demonstrates the consistency of the inquisitive aspects of human nature, regardless the achievements, discovers and inventions. Some scientific theories, therefore, have been surpassed, and many inventions have been outshined; but I challenge you to throw the entire thought of an ancient Philosopher, some or even many of his findings cannot be considered old and inapplicable to our times. 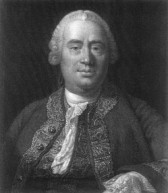 Naturally still now, most if not all, of these question are unanswered – which makes Philosophy so present. A very controversial situation, in a world into which people are so used to believe that there are answers ready made for everyone… 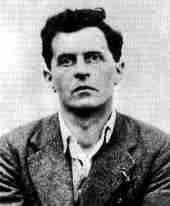 I personally believe that Philosophy ought to help anyone to give to things and events the right weight and significance, to balance the judgment of situations, persons and relations, to develop a deeper consciousness of being.

Thus it ought to be studied, not for the sake of reaching responses, since, as it is easily understandable it would be a real disappointing exercise; but for the sake of the questions themselves. The research, the introspection, the speculations will widen the spectrum through which reading of our experiences and hopefully to break the often narrowness of our vision of the world.

Then expect a new, more critical approach to the interpretation of life, against the supine acceptance of the too widely and invasively proposed standards and cliché.

Don’t you think it is worth? I know I myself fell into the trap of proposing to study philosophy in order to achieve a direct goal, the real freedom of thought… after all also I am a child of these times…